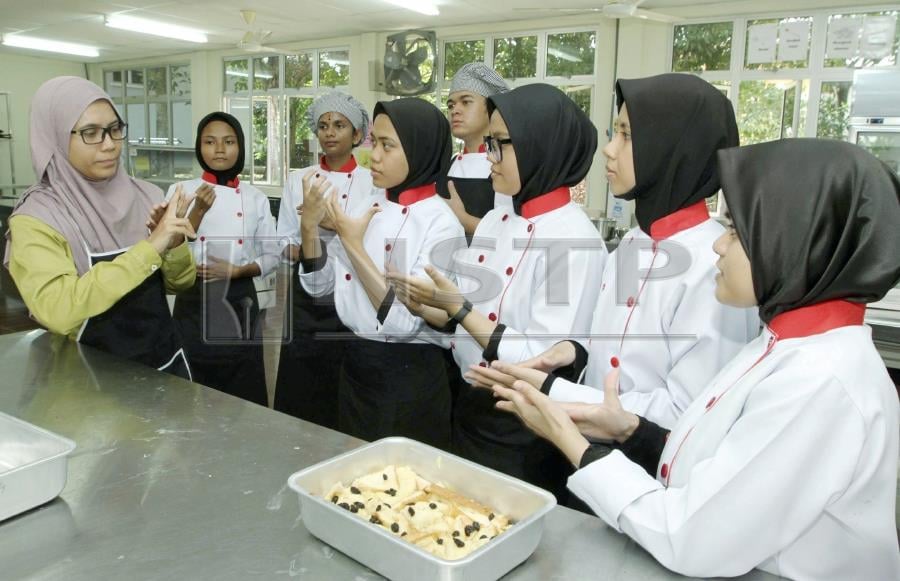 THERE is something that ails in the way we deliver our technical and vocational education and training (TVET). Experts say that for a country to be a developed nation, it must arm its human capital with the skills that are needed by industry. But TVET seems to be less loved than it should be.

According to Khazanah Research Institute’s (KRI) The School-to-Work Transition of Young Malaysians (SWTS) survey, only 13 per cent signed up for the pathway. At the polytechnics stage, TVET kindles even less love: the take-up rate was only nine per cent. A majority—68 per cent who pursued post-secondary school education — found TVET to be not an education pathway of choice.

There are reasons aplenty for our young ones to feel this way. Firstly, TVET graduates are not recognised as professionals. This has a huge impact on the graduates’ future: they are not able to command as good a salary as their academically-inclined former schoolmates do.

While employers are quick to complain about our graduates not being skilled, they rather employ foreign workers who understandably settle for less pay. Not out of choice, though. They are less expensive because the perks that our local workers will rightfully demand are mostly denied them. Non-governmental organisations and media reports have often highlighted their laments.

TVET grads also have little to no access to higher education institutions should they decide to pursue post-TVET education. There is also a national prejudice that crosses ethnic lines: TVET is seen as the last choice for people who have no academic qualifications. Only one per cent of all Chinese and four per cent of Indian secondary students found TVET worth pursuing.

As for Bumiputeras, the take-up rate was 15 per cent. The Fourth Industrial Revolution (4IR) will prove this prejudice wrong, but 4IR seems to be slow in arriving at our shores. Also, the prejudice is too deep-seated for it to vanish as quickly as we would wish it to.

But Malaysia is not without a cure, as KRI suggests in its SWTS. As expected, Germany points the way with its dual training system. KRI puts it thus: “The dual system is highly recognised worldwide due to its combination of theory and practice embedded in a real-life work environment, enabling young people to make the transition from the world of education to the world of work.” The dual system is no accident; a lot of thought and planning has gone into making it work. It is often touted as a panacea for youth unemployment. We must do the same to make TVET an education path of choice for our youth. Mere tweaking of the existing system will just result in a fillip for TVET; what it requires is salvation. According to one estimate, there are close to 1,000 providers of technical and vocational training and education, and many of them are facing issues of financing and recognition. If Malaysia paid enough attention to governance, quality and industry partnership as Germany does, our TVET may just be the path of choice for our youth.