Its Minister Syed Saddiq Syed Abdul Rahman (pic) said the blueprint, dubbed IR4.0 TVET-IKBN, would be adapted for IKBN undergraduates based on the Teaching Factory module from Germany.

He was commenting on media reports quoting Bank Negara’s 2018 annual report, which found that monthly salaries for diploma or degree holders had dipped since 2010. The study also found that fewer people were being hired for high-skilled jobs.

In a Facebook post on Thursday (March 28), Syed Saddiq outlined the scenario he hoped would materialise with the IR4.0 TVET-IKBN blueprint in place.

“Imagine, 94% of the IKBN graduates being offered job opportunities after graduating.

“Upskilling and reskilling are the recipe for graduates today. Through the TVET programme, graduates will be matched with Industry 4.0 needs,” he said.

Noting that there are 22 TVET institutes nationwide, Syed Saddiq said that the ministry would get more industries involved with TVET programmes.

“The ministry has managed to sign 41 Memorandum of Understanding (MOU) at the Federal level and 192 MOUs at Youth and Sports Skills Training Institute (ILKBS) level, which is part of the TVET module,” he said, adding that Petronas, Gamuda Berhad and Proton are among those involved.

Syed Saddiq also wrote that the ministry, through TVET, had carried out a ‘bootcamp’ programme for the graduates, where 465 job offers from over 15 companies were provided to these graduates.

“The issue is close to my heart, and the ministry is committed to creating quality graduates,” he added.

He also called on the various industry players to collaborate and help the youth be part of the high-impact industry.

Comment: If you’re looking beyond government skills training institutes, willing to explore the private ones, express your interest here 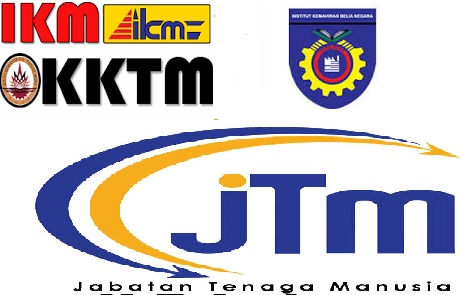 Haslina (centre) presents a certificate to a graduand, as Mohd Nizam looks on.

MIRI: About 1.5 million new jobs are expected under the 11th Malaysia Plan (11MP) and 60 per cent of these jobs will require qualifications in technical and vocational training.

Ministry of Youth and Sports Deputy Secretary General (Strategic), Haslina Abdul Hamid said this shows that Technical and Vocational Education and Training (TVET) is instrumental in providing the skilled manpower required for Malaysia to become a developed country by 2020.

“To fulfil the demands of industries, ‘Programme 20:50’ which aims to have 50 per cent skill courses by the year 2020, especially for those serving in the frontline in ILKBS (Ministry of Youths and Sports Training Institutes), will use English as a medium of instruction.

“As communication is among the soft-skills required in the job market, English has become an important element to equip and prepare these ILKBS students,” she said.

The ministry is hoping to attract and encourage youths to take up skill courses with ILKBS especially at IKBN Miri.

At the convocation ceremony 292 graduates received certificates in Automotive (178), Mechanical (18) and Hospitality (96).

“The ministry is also proud that there are some ILKBS alumni members who are serving in various industries within and outside the country, becoming successful entrepreneurs and earning high incomes,” she said.

Haslina disclosed that based on a research, the average monthly income for ILKBS graduates is between RM3,000 to RM60,000.

Comments: Unfortunately, in the race to achieve the numbers, the Ministry overlooked on the quality side. There’s some loopholes & weaknesses where so called experienced candidates who are not that expert in their field are able to obtain their SKM (Sijil Kemahiran Malaysia) via the RPEL  (PPT) method.